Conference Title And First Round State Playoff Bye On The Line 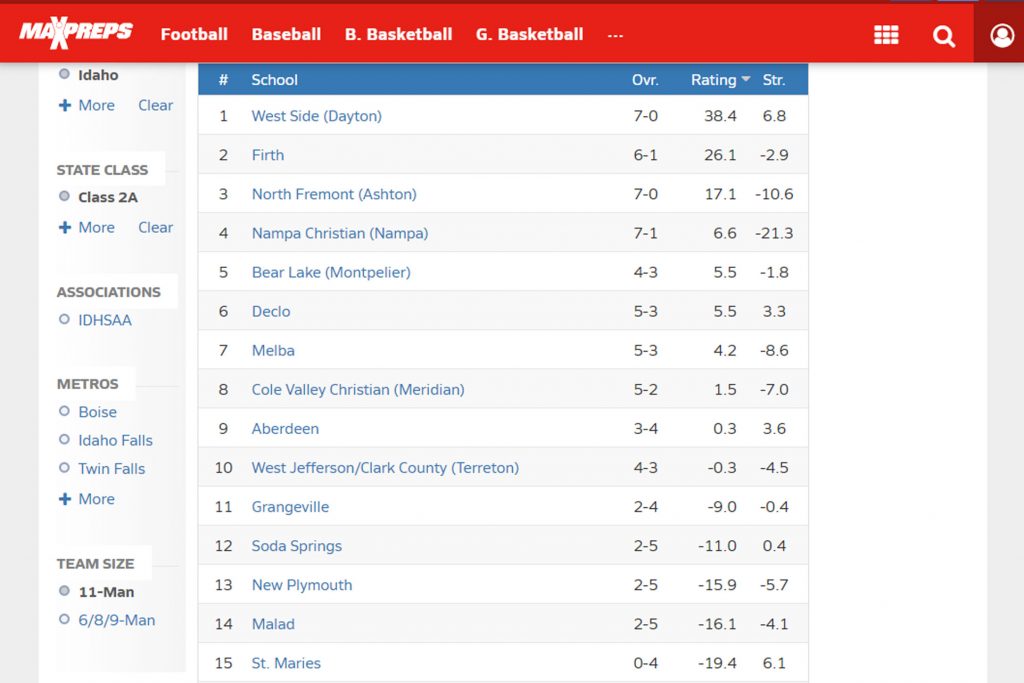 The Football Trojans, with a win over Cole Valley Christian on Friday Night, are the 2021 Western Idaho Conference champs. After a six year dry spell, the Trojans and the Trojan Nation, are ready to take the WIC Conference title into the Idaho State Playoffs.

The Trojans are 4th in The MaxPreps poll. This is the metric, the only poll or process, used by the IHSAA for 2A Football State Tournament seeding, You win your conference, you’re in with a first round bye and a second round home game. You don’t win your conference and its’ up to the algos and MaxPreps to determine your psot season play possibilities.

Idahosports.com has the Trojans 1st in Idaho 2A football. Hmmmm….MaxPreps algos and programmers located … wherever they might be … or lcoal, Idaho sports pros with their macro enabled spreadsheet … for Idaho 2A power ranking insights.  Idahosports.com Power Rankings or MaxPreps.com Power Rankings. One of these polls is “official and counts” … the other is Idaho home grown. Can you guess which one is which?

With a win on Friday night:
The Trojans are conference champs.
The Trojans draw a first round bye in the Idaho State 2A Football Tournament.
The Trojans will host their opening state playoff game.

All of the above remains accurate even with a loss … by 14 or fewer points. Should the Trojans lose by more than 14, things get MaxMessy.  The surest drive to the Conference Title and a State Tournament seed after a first round bye? Beat Cole Valley Christian!

We’ll preview the Conference Title game with a post on Thursday. Oh, and thanks to Marc Taylor who was the one who read our last Trojan football post. You rock, Taylor!